See How the Chinese Changed the World!
▾

China is responsible for many of the inventions, scientific discoveries, and innovations that helped to change the world, including the Four Great Inventions: printing (both movable type and woodblock), gunpowder, the compass, and paper-making.

Here are the top 5 discoveries that impacted the development of civilization: 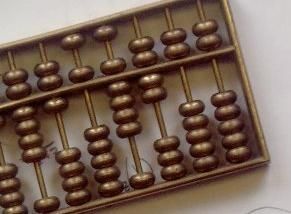 Around 100 AD the Chinese developed a counting device called the abacus. It was perfected by the 1300’s and given the form it still has today.
The instrument consisted of parallel rods holding beads within a rectangular wooden frame. The beads are used as counters. A crossbar separates the rods into upper and lower parts. The beads above the crosspiece are worth five units, and the ones below are worth one. The rungs or rods from right to left indicate place value in powers of ten — ones, tens, hundred, and so on.

Another invention that greatly affected human history is of course, paper. A eunuch named Cai Lun (ca. 50 AD – 121) helped drive its widespread adoption, paper has existed in China since 105 A.C. His advanced paper-making  technology, then spread to central Asia and the world through the Silk Road.

According to Chinese legend, Du Kang and Yi Di of the Xia Dynasty (about 2000 BC－1600 BC) were the first alcohol makers in the world. Research shows that ordinary beer started being consumed in ancient China and was often used as an offering to spirits during sacrifices in the Shang Dynasty (1600 BC–1046 BC). Soon after, they realized that if you added more cooked grain in the water during fermentation, you could increase the alcohol content, thus creating a stronger drink. Around 1000 BC, the Chinese created a stronger libation containing more than 11% alcohol. This potent beverage was even mentioned in the poems written throughout the Zhou Dynasty (1050 BC–256 BC). Beer in the West however, never reached 11% until Italy first made distilled alcohol in the 12th century.

960-1279 AD Woodblock printing had been already a widely used technique in the Tang Dynasty. However, this kind of printing tech was expensive and time-consuming. Until the Song Dynasty (960-1279), a man named Bi Sheng (990–1051) invented movable type printing, making it quicker and easier. He first carved individual characters on pieces of clay and then harden them with fire. In order to print a page, the movable type pieces were later glued to an iron plate and then broken up and rearranged for each different page. This kind of printing tech, rapidly spread across Europe, leading up to the Renaissance, and later all around the world.

Evidence shows that the first use of gunpowder comes from China’s Tang dynasty (618–907). Yang Weide, Ding Du, and Zeng Gongliang were responsible for recording the earliest known gunpowder recipes in the military manuscript Wujing Zongyao. In it are gunpowder formulas for incendiary bombs that were lowered down the wall by use of iron chains operated by a swape, thrown down from defensive walls, and lever-launched from catapults. This invention helped to ensure the victory of Song over Jin forces at the Battle of Caishi in 1161. Gunpowder weaponry became more advanced and deadly and the formulas became more potent during the 13th and 14th centuries.

Learn How To Book The Cheapest Flights To China

Lesley Daunt is a travel writer that has written for numerous newspapers and magazines, including The Huffington Post, Examiner, Digital Journal and more.

Book A Tour Now Create Your Own Tour

Where do you want to go?

Learn How To Book The Cheapest Flights to China